ANACOSMA: 500,000 UAH for the Armed Forces of Ukraine for a quick victory!

Since the beginning of the full-scale invasion of Russia into Ukraine on June 7, 2022, the ANACOSMA clinic has opened its doors to patients again. And so, in less than two months, the first financial assistance of 500,000 UAH was provided to the Armed Forces of Ukraine! This became possible thanks to the courageous team of ANACOSMA, who continue to work, despite the war! 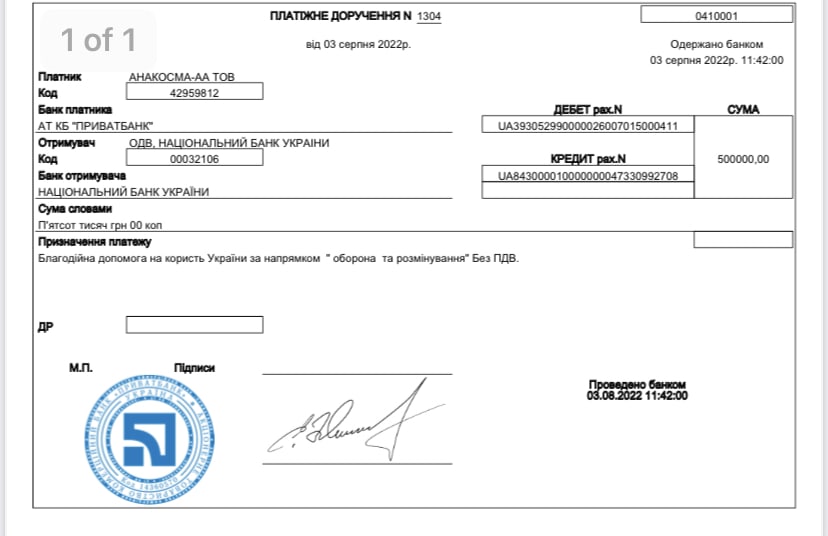 In addition to financial aid, free educational lectures for Ukrainian surgeons on reconstructive surgery are regularly held in ANACOSMA in order to help victims. In particular, European specialists, who are engaged by ANACOSMA, act as lecturers.
The clinic also operates the charity program #NoScars, which allows every Ukrainian who has been injured due to the war to receive treatment of scars for free in ANACOSMA. The goal of #NoScars is to help Ukrainians get rid of the terrible scars of war.