Size does matter! Ligamentotomy – an opportunity to enlarge the penis with the help of plastic surgery (Kiev, Ukraine)

Suitability
testimony
Micro-size penis
The patient's desire to increase the normal-sized penis
!
result
testimony
+
result
Penis enlargement: length, volume (the length after enlargement, depends on the current condition and anatomical features, so the doctor can answer this question only after examination)
Step by step
1
Consultation

Dueing the consultation you will be assigned to undergo the standard list of medical tests to make sure that you are healthy and the operation to increase the penis is possible under general anesthesia.

Medical tests can be handled both in the ANACOSMA clinic, and in any laboratory convenient for you. Hving the results of the tests, it is also important to consult the therapist and anesthetist in ANACOSMA.

3
Choosing the day of operation

After receiving the tests and passing the consultation in ANACOSMA, the plastic surgeon will determine the day of the operation, taking into account your wishes and schedule. You can schedule penis enlargement almost without leaving the working process (depending on the type of the operation).

The best methods of ligamentotomy are used in ANACOSMA. And, despite the anxiety of men, the phalloplasty is a simple operation. The first type of surgery is the classic surgical enlargement of the penis, during which the surgeon uses the latent part of the penis, draining it out surgically with a series of incisions in the area of ​​the so-called suspending ligament, draws and then fixes the penis in the new position.

The second method of phalloplasty is lipofilling, that is, lengthening and thickening of the penis by injecting the patient’s own fat (the effect lasts up to two years, then the procedure must be repeated) or a special filler substance (effect – up to 8 months). Such an operation to increase the penis is considered, rather, a procedure.

The scar after ligamentotomy (surgical method) is almost invisible, and under growing hair – especially. Phalloplasty by lipofilling or filler does not lead to any traces of injections. Specialists of ANACOSMA recommend avoiding of sexual intercourse for at least 3 weeks after the operation. Also you will need to visit the clinic several times in the postoperative period for examination. It is undesirable to wear tight underwear for several weeks after the operation.

Only the doctor can say how long/thick your penis will be.  The most suitable technique of phalloplasty will be selected after the individual examination.

Who will carry out the operation?
Choose a doctor 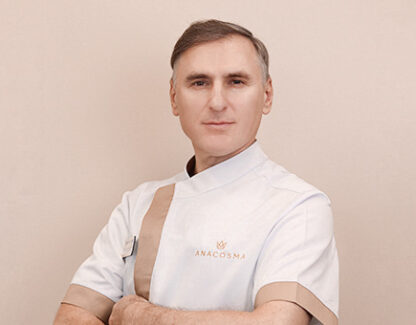 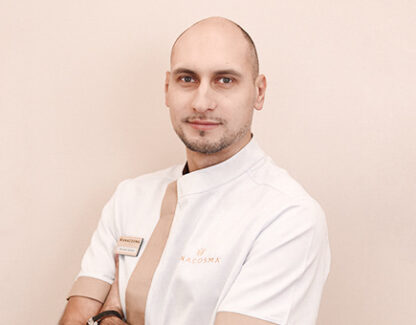